While gabion walls along the Gold Coast serve an important function, there is no end to the list of complaints that surround gabion walls. Why? Constructing the gabion baskets is …read more .

Graviti® Blocks Make Up The Retaining Walls Used In A Variety Of Projects In Sydney, Brisbane, Newcastle, And The Gold Coast

The highly tested Graviti® blocks, which are used to produce gravity wall systems, are now being used in cities such as Sydney, Brisbane, Newcastle, and all along the Gold Coast on a variety of …read more .

Road projects throughout Australia in places like Sydney, Brisbane, Newcastle, and the Gold Coast are turning to gravity retaining walls as a solution for creating a permanent retaining …read more .

Because of their ease of use, efficiency, and durability, gravity walls by Gravity Wall Systems are becoming more and more popular in the creation of permanent retaining walls and structures on a …read more .

For years, mass block retaining walls were considered the industry’s elite product. More recently, that has changed with the emergence of Gravity Wall Systems and its Graviti™ Block. Since 2008, the company began the manufacture of this product that has been repeatedly …read more .

Gabions, or gabion retaining walls, are frequently used in Australia for a range of different purposes—from civil engineering to residential landscaping. However, while gabions may be common, they are far from the most efficient type …read more .

Back in 2008, we commenced the manufacturing of the first GRAVITI®BLOCK. The idea was to create a Gravity retaining structure that would correct the weaknesses of other retaining wall types—from gabion baskets to standard concrete designs …read more . 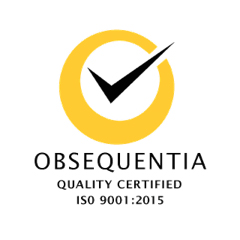